Over the last few weeks our team has been hard at work. While the developers have been head down working like crazy on the tech, our marketing guys have been out and about, spreading the word about LCFM Native. We have attended FileMaker conferences in Liechtenstein, London, Ghent, Madrid and Tokyo, demoing our software and talking to customers and future customers.

It’s been going down a storm – especially the shortbread! 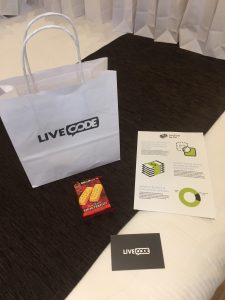 Iain Morrison in Madrid couldn’t give out the goodie bags fast enough. He talked himself hoarse, and learned a very useful Spanish phrase:”por favor habla más despacio!” (please, talk slower!) He reports that it was a great conference, very well organised, with about 100 attendees. He was kept busy demo’ing LCFM Native even outside the hall, during breaks. 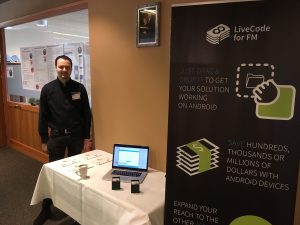 We sent Chris Colman and Kevin Miller to Liechtenstein. Despite the place of their actual talk being misreported, the Q&A at the end of the talk was extremely lively – once people found the right place! I understand the approach to the venue was hair-raising, up a steep mountain road, but happily both of them survived the experience. 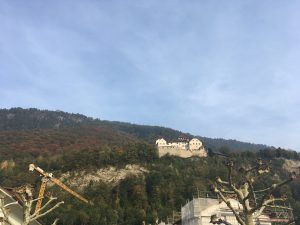 Up the mountain to Liechtenstein! Quote from Chris: “We also nearly died on the steepest and twistiest road in all of Europe”

The talk in London was standing room only, and the Q&A went on for longer than the talk itself. Clearly the need and desire for an Android solution for FileMaker is overwhelming. We’ve also found people very interested in our use of the Data API, and the possibility that our solution will allow you to build standalone (“runtime”) apps. 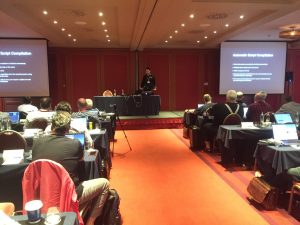 As I write this, Chris Colman is still in Tokyo, presenting LCFM Native to a Japanese audience. He has been joined there by Sekiya-san, for whose help we are very grateful. Despite the considerable language and cultural barriers, Chris is reporting that a number of large firms are extremely interested in our solution – we’re looking forward to forging some new international relations between LiveCode Ltd and Japan! 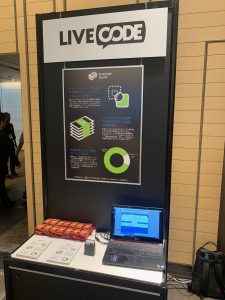 All in all, the Europe tour (taking in Japan) has been a great experience. We’ve definitely raised awareness in the FileMaker community. But our team needn’t get too comfortable with a job well done – we’re sending them back to the US in January, to visit as many FileMaker User Groups as they can in the month. Stay tuned for more details! We’re looking forward to bringing everyone a really exciting LCFM Native solution Real Soon Now.

3 responses to “The Europe Tour – Taking in Japan”